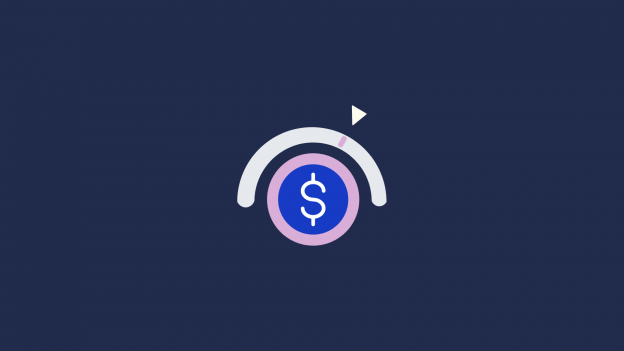 Keeping a detailed record of costs is an important part of running a profitable business, but it’s not enough to just add them up. Those costs which are directly related to production will increase the more you produce, while others will remain fixed regardless of production. There are many analytical methods available to help you improve your company’s performance, all of which require you to keep accurate track of both fixed and variable costs.

What is Variable Cost?

For example, renting an office space would be considered a fixed cost, as it will not be affected by how many units of your product you make. The cost of the raw materials needed to make your product, on the other hand, will definitely depend on how many units you make.

It’s important to note that reality is a little less clear-cut, so you also need to know about semi-variable costs. There are costs that are often considered fixed but can become variable after a certain threshold has been reached, or they have a variable component. Electricity consumption is probably the most relatable example of this concept. Although you may pay a monthly rate for the service - clearly a fixed cost - your electricity consumption will likely increase as production does - a variable cost.

The more detailed and accurate your expense records, the better you’ll be able to split your costs into the fixed components and the variable ones. In the next section, you will learn the formulas for calculating variable costs.

How Do You Calculate Variable Cost?

Variable costs are calculated by multiplying the cost of making one unit by the number of units made. To calculate the total variable costs for a specific product, use this formula:

Variable cost metrics are needed for many types of financial analysis.

How To Calculate Average Variable Cost?

If your company makes multiple products, you can get an overall average by summing the average variable cost for each product and dividing it by the total number of products.

How To Calculate Total Variable Cost?

To calculate the total variable cost for a specific product or service, use the following formula:

If your company provides multiple products or services, you will have to calculate the total variable cost for each product and add them all together to get the total for the whole company.

Your company’s total costs should be equal to the sum of all fixed costs and all variable costs. 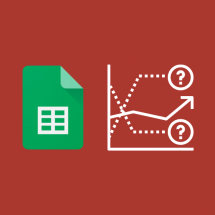 Let’s say Company X is working on forecasting its expenses. They make Product Y and Product Z. They need to calculate the average variable cost for each product and the total variable costs. This will allow them to carry out different types of financial analysis, like break-even analysis or profitability analysis.

For this example, Company X will base their calculations on a week’s production.

How To Find Variable Cost (Complete Guide) - Units Made

Now that you know the total variable costs and the number of units made for each product, it’s easy to work out the variable cost per unit. 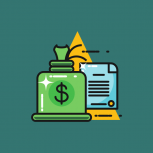 How to Create a Business Budget (+ Top CFOs Tips)

How to create a business budget, the different budgeting approaches, and tips from top CFOs to ensure a structured and productive budgeting process.﻿

Layer is an add-on that equips finance teams with the tools to increase efficiency and data quality in their FP&A processes on top of Google Sheets. Share parts of your Google Sheets, monitor, review and approve changes, and sync data from different sources – all within seconds. See how it works.

Limited Time Offer: Install the Layer Google Sheets Add-On today and Get Free Access to all the paid features, so you can start managing, automating, and scaling your FP&A processes on top of Google Sheets!

As you have seen, it’s important to keep a detailed record of your expenses so that you can plan ahead. Specifically, you need to distinguish between fixed and variable costs, as the second will always increase the more you produce.

Cost data tends to be spread out over multiple documents, and different people are involved in updating it, which can make it difficult to keep track. Using Layer, you can connect all your data and set up automated flows to update your calculations.

You now know about variable costs and how important it is to keep accurate track of them. You also know how to use the formulas to calculate your variable costs in Google Sheets. 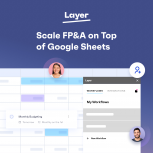 Install the Layer Google Sheets Add-On before Dec 15th and get free access to all paid features. 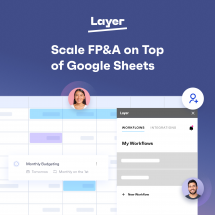